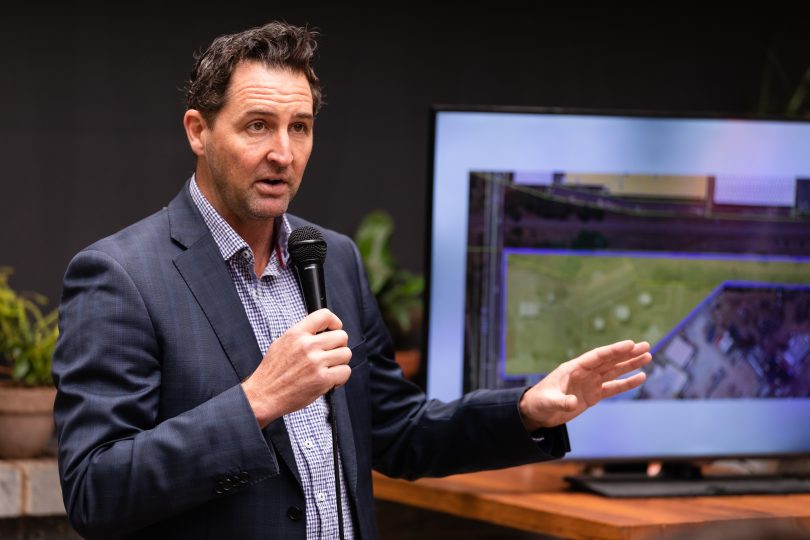 Rob Evans at the 23 July meeting to establish a Fyshwick Business Association. Photos: Daniella Jukic, We Are Found.

Concerns about waste and recycling proposals in Fyshwick may have been a catalyst but the new Fyshwick Business Association has been a long time coming for the evolving light industrial and retail district in Canberra’s south.

The increasingly eclectic suburb has seen proposals for a waste and recycling facility and metal recycling, and the approval of a rail freight depot, all off Ipswich Street, that has sparked discussion about Fyshwick’s changing business profile and its future direction.

The man considered to be behind the new Fyshwick Business Association, AllBids CEO Rob Evans, has been outspoken in his opposition to the waste proposals and critical of the ACT Government’s planning and development decisions but it aims to be much more than a single issue organisation.

Mr Evans says Fyshwick Business will be a centralised information hub to keep all businesses in Fyshwick informed and promote networking opportunities, as well as being an advocate on planning, public transport and local infrastructure issues.

It will promote the district and its greater collaboration within the Canberra region, and be an information resource on things such as Government grants available to businesses.

Mr Efkarpidis, whose Molonglo Group is developing the Dairy Road precinct, said Fyshwick was now a different place to what it was 20 years ago, and like many industrial areas was now ‘cooler’ and more ‘hip’ with new businesses moving in.

While he believes most can and need to work together, he doubts the waste facility can be compatible, even if its technology could minimise the potential for pollution, because of the number of truck movements it would generate on an already busy Ipswich Street, one of the key road connections in the suburb.

It was in the wrong location and bigger industry needed to be along major roads, he said.

But simply changing Fyshwick’s zoning would be a measure that could prevent smaller operators from springing up. “Zoning is one thing, common sense is another,” Mr Efkarpidis said.

Molonglo will be focusing its resources on Dairy Road for the next 10 years and looking at moving its main office there.

Mr Efkarpidis said that for Fyshwick to evolve as it should, the area needed Government support to improve public transport, build walking and cycling tracks, and provide landscaping.

“Without those elements you don’t get a vibrant community,” he said.

“The tram is good but we need to create public transport to other areas now. Fyshwick is a big employment corridor.”

He believes there is also more scope for small-scale residential, such as homes above artisan’s workshops. 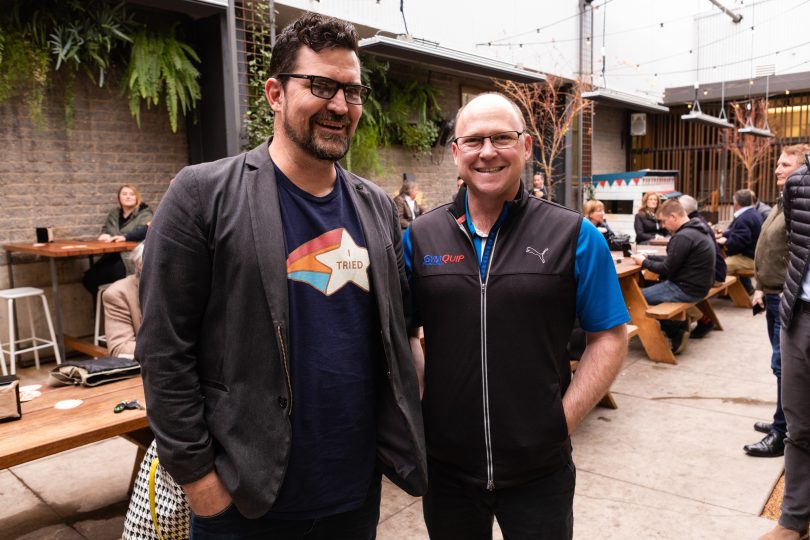 Mr Bohm moved his business to Fyshwick two years ago and has seen more creative and service industries, even clients, join him.

“The mix is changing in Fyshwick and changing for the better and I don’t want to see it ruined by planning decisions,” he said.

“We want to make sure that we get a say on things rather than the Government railroading things through. We want to be noticed, want to be informed and have our say.”

He said the waste issue was on the agenda but so was public transport and the growing commercial rates burden.

“I’ve got staff who take two hours to get to work if they’re not driving,” he said.

Mr Bohm said there had been a strong response from businesses, 70 of which attended the first meeting and many more showing interest, with particular interest in the networking opportunities.

“It’s good to build community, it’s not just about advocating or lobbying,” he said.

The new association was also talking to local residents groups in the inner south so they could share information and present a united voice.

Mr Bohm said it could be one of the biggest business groups in Canberra, and hoped to include traders towards the Fyshwick Markets as well.

The association, to be known as Fyshwick Business, will soon have its own website and plans to conduct surveys of businesses to identify their key issues and needs.

This article was first published by The Riot ACT Website by Ian Bushnell https://the-riotact.com/fyshwick-finds-its-voice-with-new-business-association/317101

If you currently have a $200 unused deposit, you can refund your previous deposit by going to the transaction history page and click on refund button. Click here